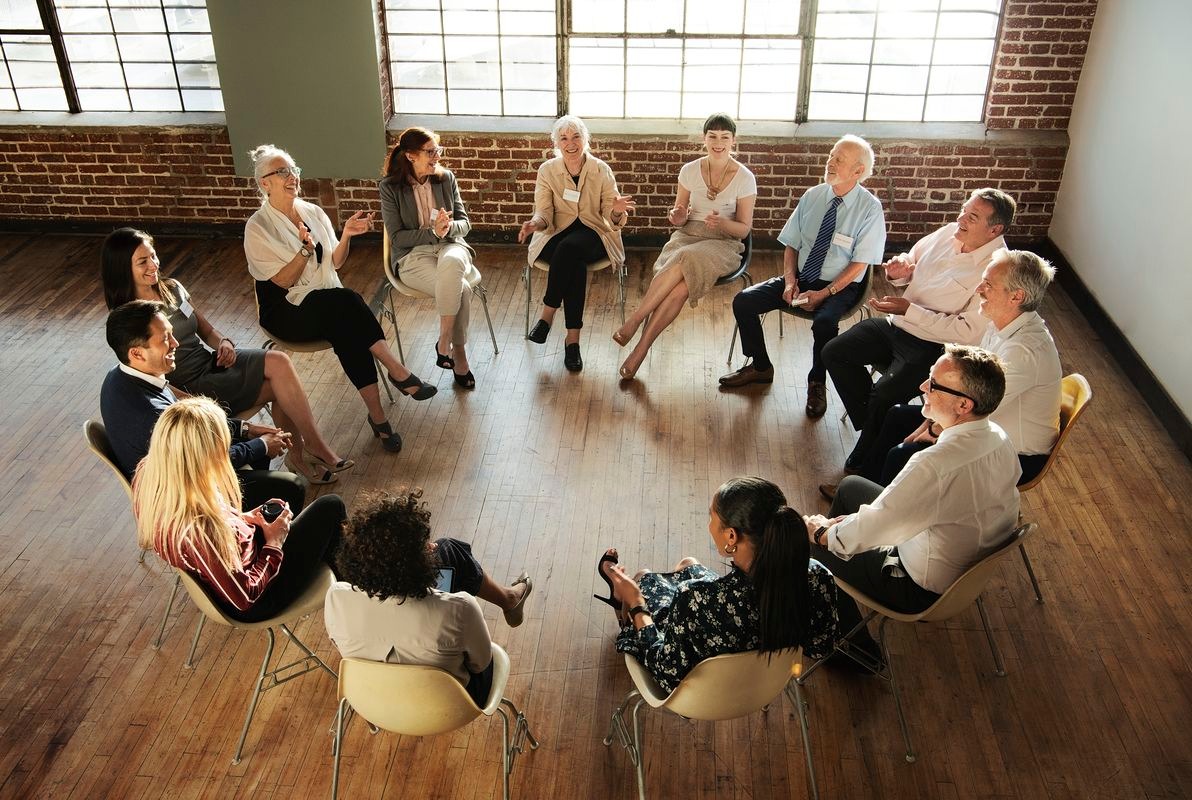 For atheists and agnostics with a substance use disorder, the “God issue” can be a major barrier that prevents them from seeking treatment in a 12-step program. It is undeniable that Christianity has influenced this form of treatment. After all, the 4th Edition of the Big Book iterates the word “God” 330 times. This does not mean 12-step programs are in any way exclusive though. Many atheists and agnostics find comfort in the programs, and they find a way around the verbiage used in 12-Step literature. If you are wondering whether you can fully embrace a twelve-step program as an atheist, read on to find guidance.

The First Atheists in Alcoholics Anonymous Fought for You

What many people don’t know is that there were atheists and agnostics in the first AA groups. Some of their experiences are told in the book Biographies of the Authors of the Stories in the Big Book compiled by Nancy Moyer Olson. The two main agnostic atheists who helped found the AA organization were Jim Burwell and Hank Parkhurst.

Though only two co-founders are officially recognized, many people consider Jim Burwell, also known as Jim B., to be the third founder of AA. He was a member of the New York AA community who advanced to #4 in the hierarchy. He fought aggressively against the use of God during the meetings. He was a staunch atheist, and he recognized that the overwhelming religiosity of the group would isolate recovering individuals who didn’t ascribe to Christianity.

Hank Parkhurst, also known as Hank P., is an unsung hero of AA. Though Hank was the second person to stay sober for any long period of time in the New York AA group, his existence within the Big Book has largely been scrubbed. The chapter he wrote was not attributed to him and he is only mentioned in veiled references. Hank P. was an agnostic member of AA who was uncomfortable with how often “God” appeared in the original 12 steps. As the Big Book was developed, he helped Bill W. create Works Publishing Company to produce AA literature.

Jim B. and Hank P. refused to sign the 12-steps document until it was edited to be more inclusive. They wanted it to omit references to God altogether. Eventually, everyone compromised. They added a sentence emphasizing the steps’ position as guidance instead of rules. They added “as we understood Him” as a qualifier to any mention of God. Jim B. and Hank P. insisted on changing the verbiage to reference a higher power.

Secular atheists have come to reference themselves as “friends of Jim B.” instead of “friends of Bill W.” As an atheist considering a 12-step program, try to remember that these two men fought for your right to be in the sober community. You have a place in any 12-step program whether other members think so or not.

What Is Your “Higher Power”?

Now that you understand the background of atheists and agnostics in 12-step, you are hopefully feeling more welcome. Still, the issue of constantly referencing a higher power may be preventing you from fully committing. Luckily, there are many options that non-believers have used to fill in the gap. Some of the oldest atheists in AA centered themselves on their 12-step fellowship. They changed God into a crass acronym standing for “group of drunks.” This allowed them to move past the God issue.

Other suggestions for a secular higher power include:

Any one of these options can be used to help an atheist work through the traditional 12 steps.

If you can’t get past the constant references to God or higher powers, the good news is that there are many variations to the 12-steps list. Some allude to spirituality more vaguely. Some only reference a higher power as something outside of our control. Some are catered specifically to one religion. If a person has embraced some form of the 12-steps, it may be easier for them to attend a program based on this structure.

Plus, no matter which version of the 12-steps is selected, atheists can gain comfort from the fact that there is diversity with the community. As Tradition Three of Alcoholics Anonymous states, “Our membership ought to include all who suffer from alcoholism. Hence we may refuse none who wish to recover. Nor ought A.A. membership ever depend upon money or conformity. Any two or three alcoholics gathered together for sobriety may call themselves an A.A. group, provided that, as a group, they have no other affiliation.”

All 12-step programs need to create an inclusive space for people with different religious values and beliefs. This is especially true because, when they participate, 12-step programs are just as effective for atheists as for theists.

If you are an atheist struggling with a substance use disorder, the 12-step model can feel like a barrier to treatment. You want to find a way to heal without sacrificing your beliefs. Don’t give up! You have options. Spero Recovery follows a 12-step model that emphasizes connection to a higher power. Luckily, a higher power has many possible meanings, including love, psychology, the universe, and the community. Our treatment center offers both in-person and virtual sponsorships. An atheist entering treatment can utilize this to find someone with a shared perspective on religiosity. While the 12-step model is central to healing, Spero Recovery is willing to help pair patients with qualified therapists. As a person works through the steps, therapy can guide them through their emotions. For people with a history of religious trauma, this is especially important. Spero Recovery cares about your well-being. To start your journey toward recovery, call (303) 351-7888.

This site uses Akismet to reduce spam. Learn how your comment data is processed.